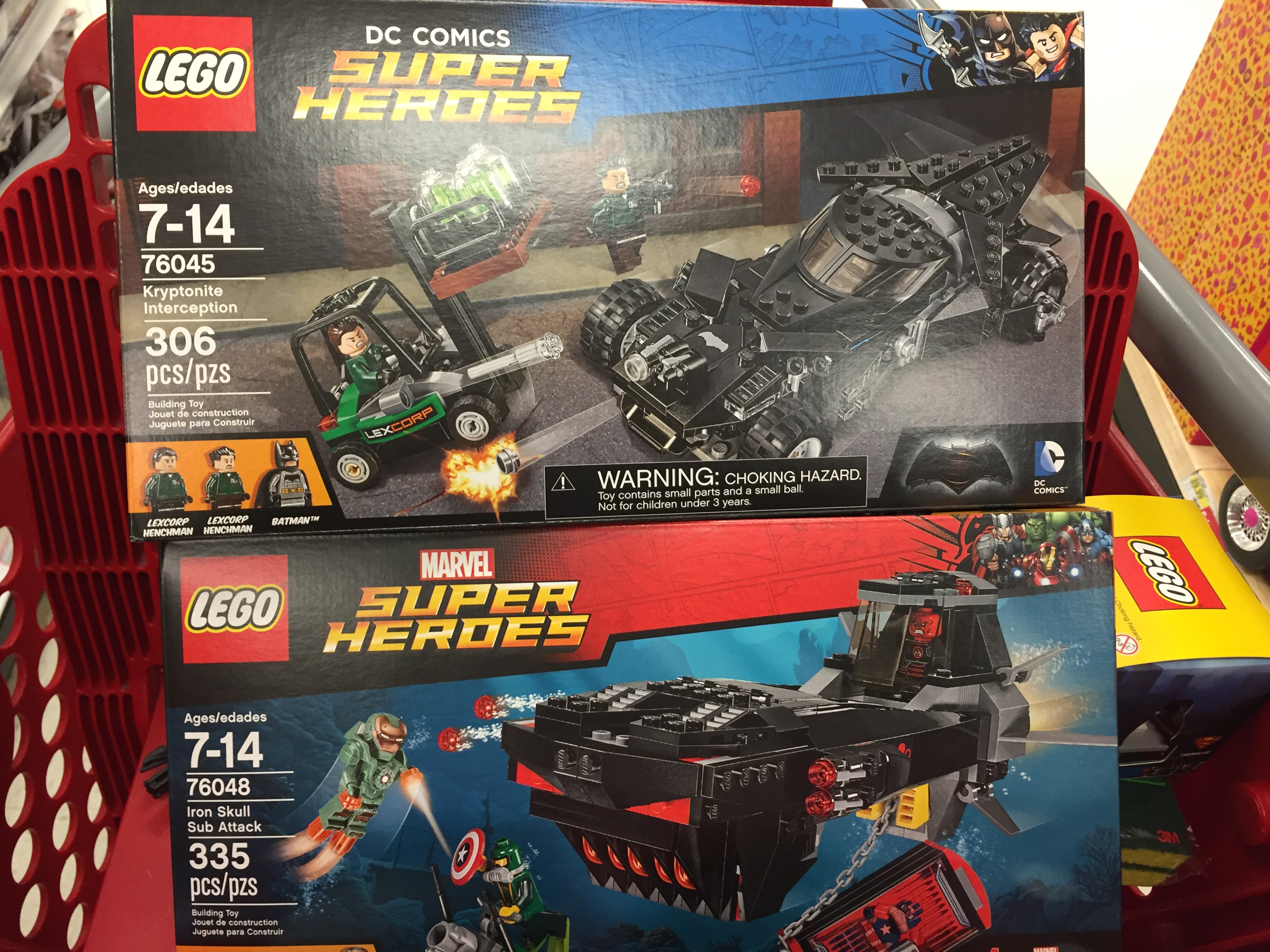 It’s that time of year again, when 2016 sets begin to trickle out onto sales floors a tad earlier than the January 1 street date. The above photo was taken at a Target store late last night. Based on the upcoming Batman vs. Superman film, 76045 Kryptonite Interception is probably going to be one of the more sought-after sets for the sole reason that it has a Batmobile in it, and from what I can see the Batmobile looks good! Cost is $29.99 and its DPCI number is 204-00-1517. Marvel Super Heroes 76048 Iron Skull Sub Attack is also $29.99 and its DPCI number is 204-00-1520. It might be a safe bet to assume that 1518 and 1519 are for other new Super Heroes sets. Get thee to a Target store!

Thanks to ninnymuggins for writing it in.