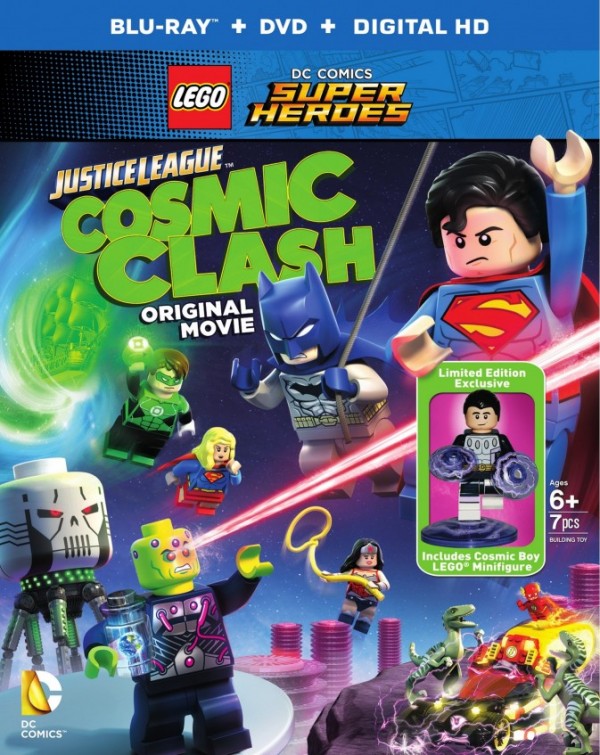 It’s Cosmic Boy! I have no idea who this guy is! He is the free minifigure pack-in with the Blu-ray/DVD/Digital copy set of the upcoming LEGO DC Super Heroes Justice League: Cosmic Clash. Personally, I think LEGO and DC releasing minifigures this way is genius. You get an animated movie for the kids and a minifigure of a character that would probably wouldn’t see the light of day in a normal set for you (or for the kids). Win win.

The trailer was released exclusively to The Nerdist the other day. But the embed didn’t work for me for some reason. Here’s a YouTube source:

The release date for Cosmic Clash has been set for March 16th, 2016.

No pre-order information yet, not even Amazon. I’ll post when I find something out though.