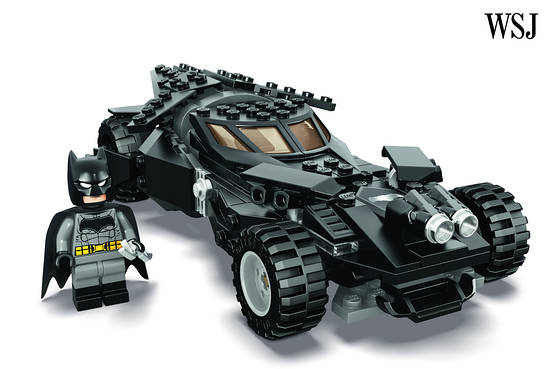 Think what you will about DC’s newest version of the Batmobile, but two things were certain. With it appearing in both the Suicide Squad and Batman v Superman films, you’re going to be seeing plenty of it and you’re going to get at least one LEGO version. The Wall Street Journal has unveiled the first image of the new beast that LEGO will have on display at SDCC. The article says it will be on sale January 1st 2016, so we may get it at Christmas.

It contains 306 pieces and will retail for $29.99 USD with two vehicles and three figures. We’ll have to wait for Ace’s coverage to find out what those other characters and vehicle are. Though, I don’t really care. I’m down for the new Bat-pants and that windscreen either way.