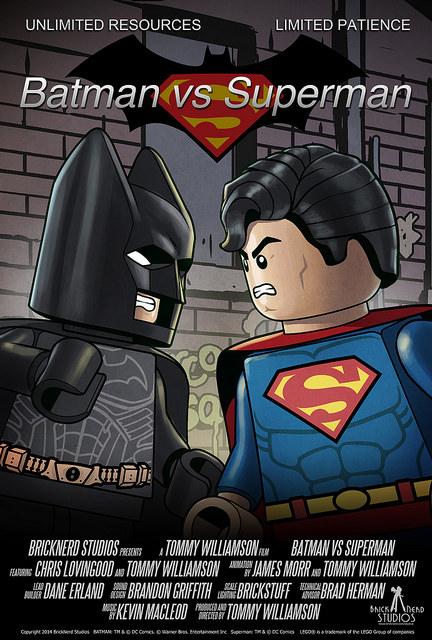 Batman v Superman may end up being the court case of the century, but I’m not looking forward to a DC universe with Man of Steel as the foundation. I am however, looking forward to the LEGO Batman Movie and I know I’m not alone in that respect. Admittedly, I’ve never been a fan of brick films and while some would think the stop motion look of The LEGO Movie would change that, the opposite happened as it really raised the bar. One young filmmaker named Tommy Williamson has taken up the challenge with his version of Batman vs Superman that would fit in well with the humor and tone of The LEGO Movie. He even managed to get a promotional poster by the notoriously talented and busy Paul Lee.

Tommy Williamson… sounds familiar. Wasn’t he the kid in The Shawshank Redemption? Either way, you can help support this up and coming BrickNerd by watching his video, visiting his website and YouTube channel. Good luck kid. Don’t get cocky!