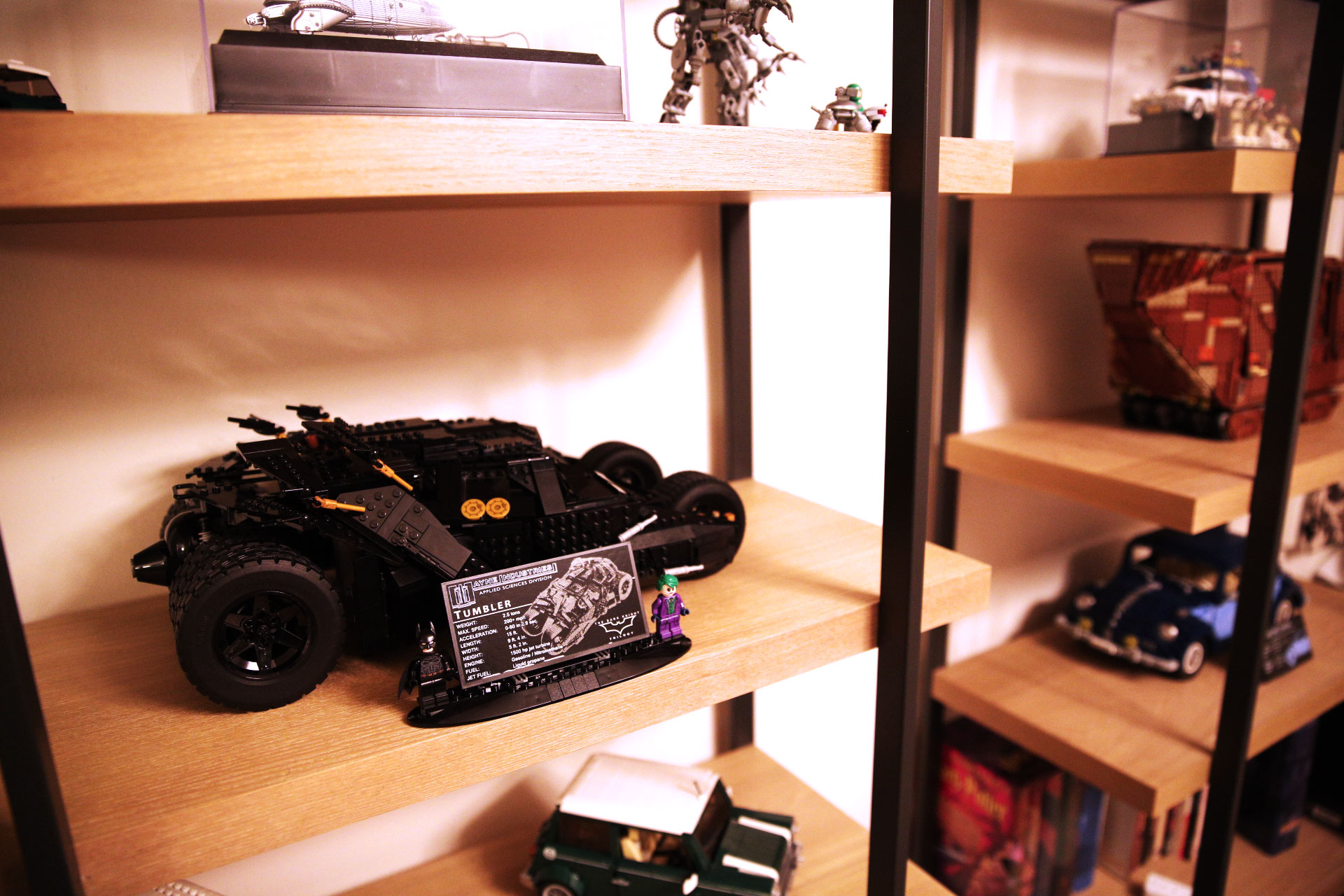 After I reviewed 76023 The Tumbler, it promptly went up on my shelf. I cleared out some other models to make room for it and by “cleared out” I pretty much mean threw everything that was in the way on to the ground. I know I gave it a 4 out of a possible 5 but like I said in the review, it’s a great looking model and unless I’m staring at it for extended periods of time, the flaws don’t really bother me that much. I like looking at all the weird angles, the big balloon tires in the front, the expertly crafted winshield. My shelf isn’t very big so I’ll vroom it a little back and forth. It was during a fierce session of vrooming one night that I started thinking about the obvious: LEGO needs to make more UCS Batmobiles.

The Tumbler is huge and very detailed and the LEGO model, lack of Batpod aside, managed to capture it all fairly successfully, enough to pass muster from a casual glance and an occasional vroom. Looking at it, there on my shelf, I think to myself how cool it would be to have more UCS Batmobiles. And not just any old one that’s appeared in the films and TV because, let’s face it, there’s a lot of them not all of them have the same appeal as the Tumbler. The comics alone have heaps upon heaps of Batmobiles and the general public probably wouldn’t recognize any of them. But if LEGO took something from TV or film, something people are familiar with, something people have developed an affection for, and created some kick-ass UCS sets, I have no doubt they would be successful. The key is to pick the right vehicles to go with.

It would be super easy and not to mention just plain lazy to just pick out all the Batmobiles from all of the films to date. After all, in terms of exposure they are probably the ones that most fans of Batman, hardcore and casual alike, over the age of 30 would recognize and are familiar with. But that would be way too easy and doesn’t acknowledge the contributions that other entertainment genres have given on this subject matter. So let’s spread the love around a bit show some love to the Batmobiles from film, television, video games, and comics. 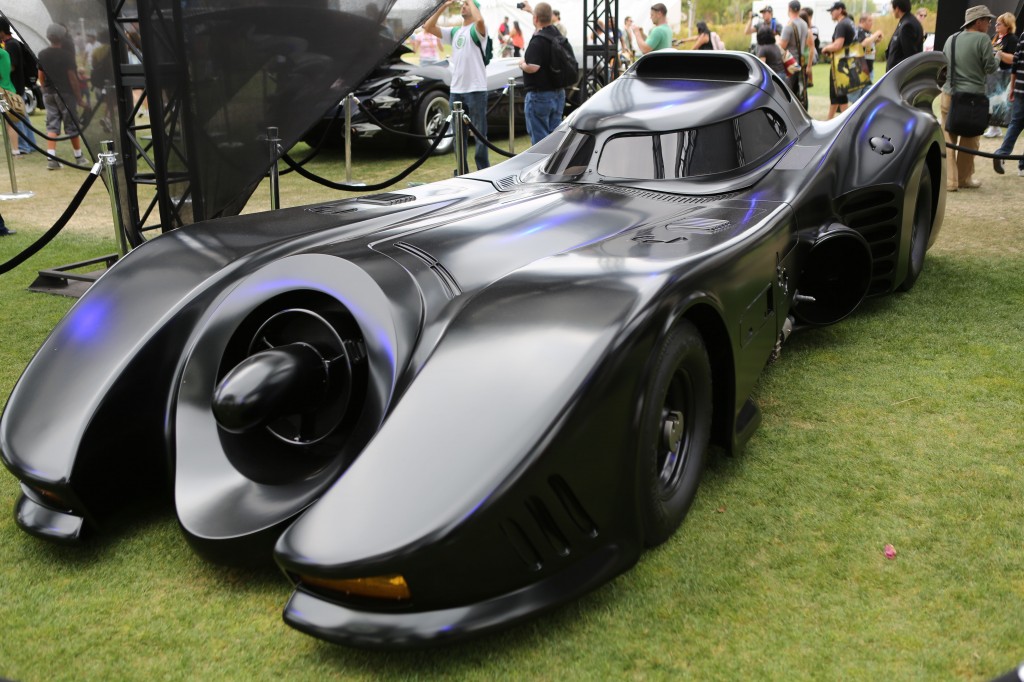 Looking at the other Batman films to date, each incarnation had its own take on the Batmobile. The styles are all so radically different and unique, they each have a potential for being popular sets. Though, out of all the films, I think 1989 Batman’s Batmobile would have the best potential for a commercially viable UCS model, one that would appeal to the most fans simply because of how popular that movie is. It consistently ranks near the top on any internet list of best Batman films. The vehicle design even lends itself well to LEGO’s design approach for Batmobiles, fitting right in with its signature large tail fins and tight fenders. The smooth gentle curves might throw the designers, pardon the pun, a curve ball though.

And while we’re on the subject of the Burton Batman film, can we please get the Batwing from that movie made into a set already? For crying out loud it’s the best Batwing ever made and puts every Batwing set that LEGO has released to shame.

Beyond films, there are different incarnations of Batman on the small screen with the ’60’s era TV series being the one that comes to most adults’ minds first. At this year’s San Diego Comic Con, out of the three exclusive sets that LEGO sold at their booth by far the most popular set was the TV series Batmobile. That chibi-style set was the first time we’ve ever seen a set based on that vehicle and it could be a prelude of a bigger, System-scale set to come. One can only hope. The Lincoln Futura concept car doesn’t feature any crazy angles or curved panels so imagining it as a large LEGO model is pretty easy. And as a UCS model, I have no doubt that it would be even more faithful to the original model.

The Adam West Batman show was the only live action show to date but there have been a slew of animated shows and direct to DVD animated films. None have been as popular as Batman: The Animated Series though. I LOVED this show growing up and fell in love with the Art Deco style used throughout. The Batmobile was no exception to the design influence and while it’s relatively simple, it would still make a compelling model if executed well AND priced right. This vehicle is light on the fluff and has smooth lines. Price it at $99 and make it a smaller scale UCS set and it has the potential for being a great addition to our imaginary UCS Batmobile lineup. Out of all of Batmobiles ever made, this is the one set I want the most as an official set. 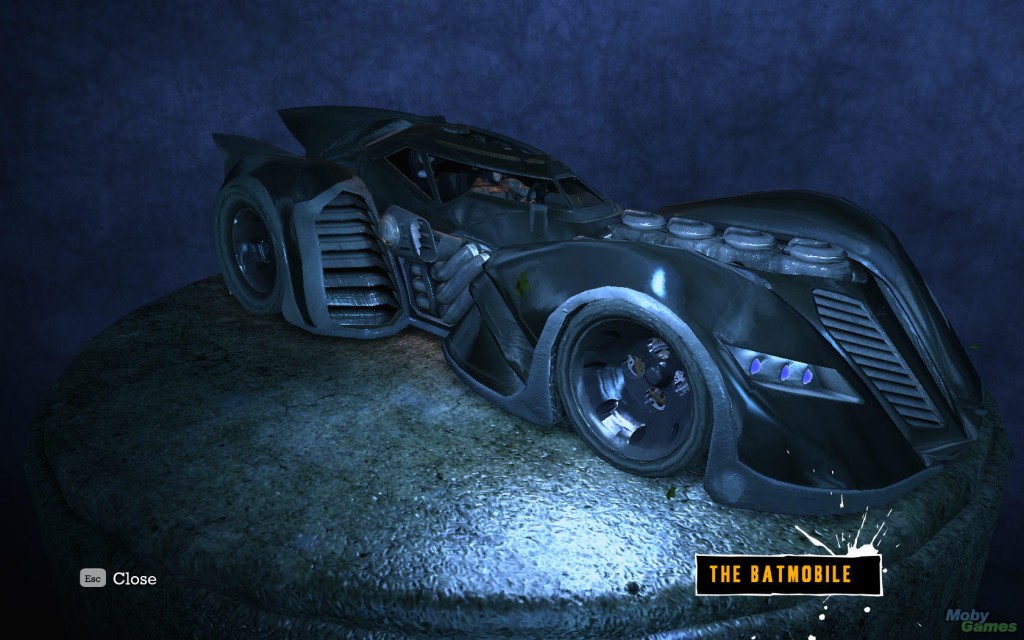 From the video game sector, I’m confident in saying that there really is only one contender for the UCS treatment and that would the Batmobile from the Arkham Asylum games for a few reasons. For one, every other Batman game that came before it pretty much sucked. And two, those games probably didn’t even have a Batmobile in it to consider. Thankfully, even though it’s alone in its genre, the Arkham Asylum Batmobile isn’t too shabby. It has it’s fair share of fins to keep the Bat branding alive but it’s interesting to see that the fin size is quite small comparatively speaking.. Whereas Tim Burton’s Batmobile had large fins that dominate it’s look from the back, the fins on the Arkham Asylum version are minimalistic allowing the front end to balance the overall design.

And from the comics? There really is only one choice and it’s Frank Miller’s The Dark Knight Returns simply because, like the other genres before, it should come from the most popular Batman comic. And you know what? The Batmobile from The Dark Knight Returns wasn’t even a car, it was a TANK. And not just the typical, everyday tank that a playboy billionaire turned vigilante crime fighter owns, but hulking huge custom Battank. I know it’s not for everyone but I personally would love a UCS set of this beast. But as awesome as that sounds, this one is probably the most riskiest to make since it is a tank with an unconventional design and it’s based on a comic book from the mid-80’s. I would think that the demographic that would be most likely to get this set would be much, much smaller than any other demographic for the other proposed sets.

This is a totally fantasy wishlist so who knows if LEGO is even considering making more Batmobiles under the Ultimate Collector Series banner. If they did, they would probably stick to what they know best and that is going after movie and TV licenses. That’s not necessarily a bad thing either since there is a rich selection of great Batmobiles from just the movies alone. And there certainly is a demand for retro licenses if LEGO CUUSOO/IDeas is any indication. There are a lot of options out there and if LEGO is considering making more UCS Batmbiles, I hope they consider other sources other than movies for inspiration.

We’ve seen what LEGO can do if left to their own devices and make their own version of a UCS Batmobile. 7784 Batmobile was released in 2006 and didn’t exactly set the world on fire. It was ugly and I’m going to go out on a limb and say it was mostly the gigantic bad head at the front that turned people off. Despite how ugly it was, I will give LEGO major kudos for taking a risk and trying something new. That being said, I think the other major reason why the set didn’t fare so well was because it wasn’t really based on anything. So there wasn’t any opportunity for people to grow an affinity to the set. 7784 was already a risky venture by being it’s own unique design with questionable aesthetics, but add the fact that it literally came out of nowhere and it’s fighting an uphill battle; it was bound to lose. Past movies, TV shows, video games, and comics already have a built-in fan base without LEGO even lifting a finger for marketing. Just make the Batmobile they are familiar with into a set and they should have a very successful product line. The only thing left to do is to somehow convince LEGO that making more UCS Batmobiles is an idea worth exploring. As this article goes live, expected shipping dates for 76023 The Tumbler slipped to September 12. Given that and the immense popularity of the chibi Comic Con set, let’s hope it is enough to plant the seeds of a UCS Batmobile line into the heads of the people who can make such decisions. Because I would gladly clear more shelf space for more UCS Batmobiles; my Tumbler is lonely.