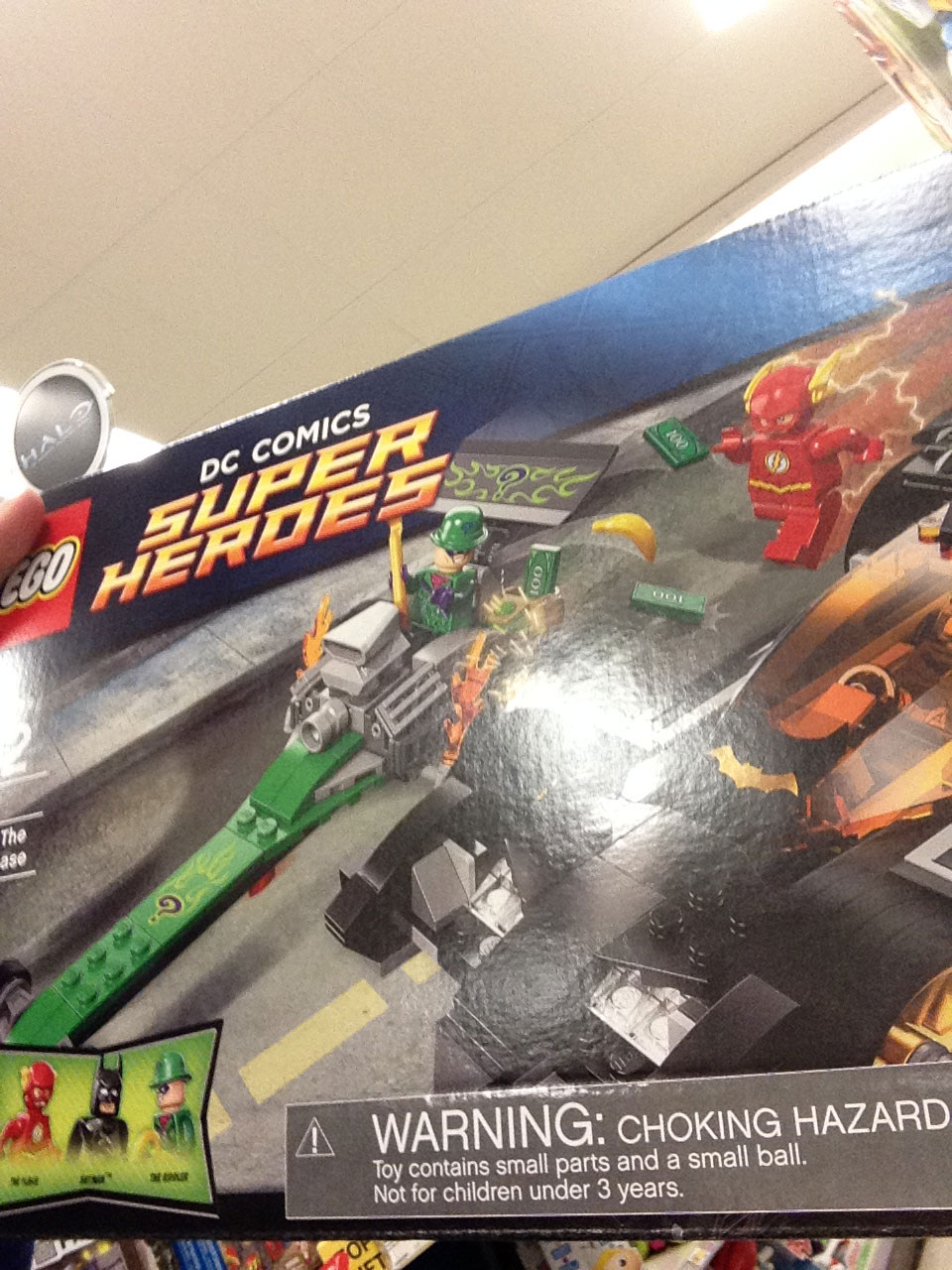 Several more reports are coming in of LEGO Super Heroes sets being spotted in the wild. 76011 Batman: Man-Bat Attack and 76012 Batman: The Riddler Chase both have been spotted at LEGO Brand Retail stores as well as Target and Walmart stores. If you don’t recognize the cieling tiles in the pic above, trust me when I tell you that it was taken at a Target store. I just need to out and find one for myself now. So if you’re on the hunt like I am, hit up those stores and maybe you’ll get lucky.

Thanks to Will, Kyle, Jason, and everyone else who wrote it in.