LEGO is creating a new Juniors line designed to easier to build for younger kids. The “Juniors” name reminds of a period of time around the mid- to late-90’s where LEGO sets were being “juniorized”, a term coined by the AFOL community describing set designs being purposefully dumbed down with smaller piece counts and large, specialized pieces. It seems that LEGO is now embracing that concept and using the design approach to target a more laser-focused demographic as evidenced by the age range on the boxes indicating 4-7 years. I imagine the value of the sets having a price per piece ratio lying somewhere between System scale and Duplo scale.

So far only these two sets have been revealed. With Spider-Man headlining the Marvel side of the Super Heroes line, and, of course, Batman leading the way for DC, I would expect additional sets in the Juniors line to mimic their System scale counterparts and leverage the popularity of those characters more. 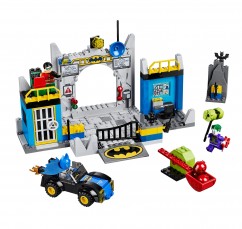 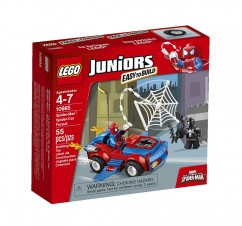 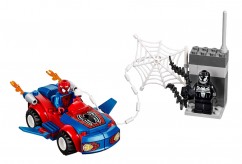