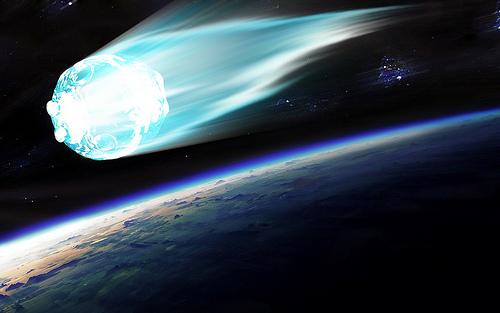 Good evening and welcome to From Bricks To Backtalk where we sit down with members of the community and talk about today’s issues. I’m your host Allen “Tohst” Carley and today we’re speaking with FBTB writers Ace “onions” Kim and Ken “buriedbybricks” Robichaud. Their latest massive building contest, dubbed Mech Madness, launched a few weeks ago and today they offer an inside peek on the origins of the building tournament and the Secret Crisis story behind it.

onions: About as smooth as can be expected, thanks for asking.

buriedbybricks: I was told there would be cake.

Tohst: I’ll take that as a cue and get right to it. When did the idea of having a mech building tournament come about?

onions: A while ago actually. We try and plan out our contests a few months in advance. We put the basic ideas down on paper and finalize the details and prizes the closer the launch date approaches. The idea is to plan ahead and take our time but what ends up happening is us slapping something together last minute. Don “Solo” and I are usually up late the night before trying to come up with a contest image that doesn’t look half assed, and this contest was no exception.

Anyways, the super hero mech contest was thought up by Nick “dwhisper” way back in March of this year on the tails of our Wings of Justice contest. We had some other contest initiatives we needed to get out of the way due to timing of certain events outside of the site. And I think it was around June that I thought we could use the mech contest as the basis of our building tournament.

buriedbybricks: That’s when Ace brought me into the fold. He had this great idea of using a back story along with full page comic book art to build up to the contest. We chatted a bit about the basic premise and finally nailed down an idea that became what it is today. I’ve no doubt our regular crew of chat trolls thought we were talking about inside info on upcoming LEGO sets and may have encouraged that a bit for my own amusement. Tohst: Wait, comic book art? What happened to that art?

onions: I had originally tapped Paul Lee, artist extraordinaire, to do the artwork. I proposed the idea to him and he was fully on board. But, like most things, real life got in the way and July and August were some of the busiest months he’s had as a freelance artist. Which is great for him, but our little endeavor fell by the way side.

buriedbybricks: We wrote up a script covering 5 pages worth of content. The idea was to post one page of comic art per day, culminating into the 5th day where we announce our contest. Though if anyone ever wants to take a crack at drawing it, you know how to reach us.

Tohst: Is that why you guys photoshopped those images to go with each day’s post?

onions: Yeah, that was born out of necessity. We always try and put a picture along with a post and it just felt naked to post only text.

buriedbybricks: As I was writing each day’s script, I’d tell Ace the general idea of what was happening and it was up to him to execute on the picture.

Tohst: So no real art-

onions: Hey now! All my photos are masterpieces!

Tohst: but you had a script. I assume that’s where the story came from?

buriedbybricks: Pretty much. It was originally written for a more visual media, so it was difficult to convert that into prose with all the exposition needed in the short time we had.

onions: Yeah, like most things, we rushed that part last minute. Ken was converting a page per day just so we can meet our deadline so there were some grammatical and punctuational errors here and there but overall I think he did a bang up job.

Tohst: How did you come up with the premise of the script?

onions: We brainstormed and came up with a bunch of ideas that I don’t even remember anymore. I just remember them not making any sense or finding loopholes or real-world inconsistencies. We needed something that could tie in both DC and Marvel universes into a single story. I remember back in the day when I read comic books, there would be these massive crossover events called Secret Wars where all the heroes would be plunged into another dimension of time and space and be forced to fight their way back home or something like that. It’s been a while. And I was pretty sure that DC comics did the same thing with their Infinite Crisis series. I asked Ken about those crossover events since he was a big comic book guy.

buriedbybricks: We talked about those kinds of plot lines and who would be the antagonist and what event would draw everything together. The question even came up as to why these two different universes were together, but it’s actually not a DC or Marvel universe because it’s the LEGO universe and I personally wanted it to be an all ages comic. There was a thread in the staff forum about the details of the contest that was running parallel with our efforts and it was determined that the contest should be a good vs. evil kind of contest. So we had to come up with a reason why they would be fighting against each other, and why there would be good vs. good, and evil vs. evil. Tohst: So which happened first? The story or the contest details?

onions: The contest details. No one knew what we were planning with the storyline aside from me and Ken. Even took Ryan by surprise. I believe his exact words were “SECRET CRISIS WHAT IS THIS?!?” [laughs]

onions: So with the tournament format fleshed out, we had to come with a reason why it was set up that way. Why would a super hero mech fight another super hero mech? And we couldn’t seed the entries so that the first round had good vs. evil at every bracket. Cause there was always the chance that there would be an imbalance; you could have 10 good guys advance to the next round and only 6 bad guys. Then what do you do? So we thought, “Let’s split the field down the middle,” and have all the good guys on one side of the board, and all the bad guys on the other. That way, when it comes down to the final round, it’ll be a classic good vs. evil match.

Tohst: How did you come up with the mysterious object from space idea?

buriedbybricks: I think Nick made a suggestion about how the story could end and Ace and I really liked an aspect of it so we ran with it and worked backwards from there. To move the story along the obstacle had to be something that affected the heroes and villains, so the building options could remain open while their motivations could still remain constant for the individual. A lot of the great event comics over the years were about a powerful object or mysterious beings, so it seemed appropriate to keep it vague for the time being and flesh it out over time . Tohst: Looking back on how much planning and work that was involved with launching the tournament, do you have any regrets?

onions: None, but I really wish we could have gotten the artwork done.

buriedbybricks: Ditto, I put a lot of effort into writing the story, so I’m glad that at least we were able to put it out there, art or not.

onions: We had grandiose plans with the artwork. We were going to offer large prints of each page as part of the prize package for first place.

buriedbybricks: Yeah, it would have been cool… [Ken coughs and looks at Ace]

buriedbybricks: Well… we have an epilogue planned that we don’t want to get into, don’t want to spoil the story now, but part of the story involved the winner of the tournament. We wanted Paul to draw up the artwork for the ending in advance leaving blank spaces where he could later draw in the winning mech as part of the whole comic book experience giving closure to the whole story.

onions: Aaaaand that’s all we’ll say about that.

buriedbybricks: Can I say at least that those pages would also have been offered as large prints for the prize package?

onions: I think you just did.

buriedbybricks: Yeah, I was really hoping to get my hands one of those myself, but in any case there’s more to come for the Secret Crisis story.

Tohst: Fair enough. Moving along, you haven’t announced the additional prize packages for the contest.

onions: That’s because there are no more prizes, like, duh…

onions: [laughs] I kid. we have more prizes set aside, we’ll be making a formal announcement in a few days.

onions: I’m excited to see what people come up with. I’ve always wanted to have one of our contests break 100 entries, so I’m hoping this tournament will do it.

buriedbybricks: The original idea was to have a contest to build a better mech than the one in the Superman set, I’ve little doubt we’re going to see plenty.

Tohst: Thanks, you guys, for making some time for the interview.

onions: It was my pleasure.

buriedbybricks: Yes, it was all his pleasure. Now, where’s my cheque? I’m getting paid for this right?