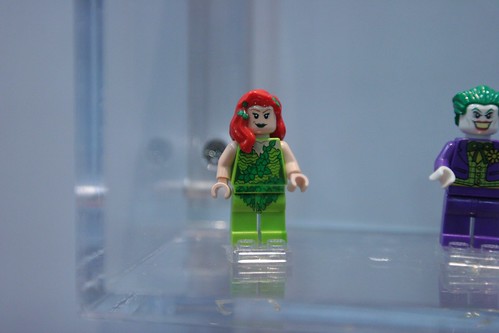 I was under the impression that the LEGO booth would have some of the actual DC Comics and/or Marvel Comics sets on display. Unfortunately, that was not the case. They did have what appeared to be near-final prototypes of DC Comics minifigs of Batman, Catwoman, Joker, Wonder Woman, and Poison Ivy. Marvel Comics minifigs were represented by Thor, Iron Man, Wolverine, The Hulk, and Captain America, but those were in various early prototype stages. I didn’t realize until I finally got back to my room and downloaded the images how they actually looked, so I’m going to try and take some better pics tomorrow. Until then, enjoy.