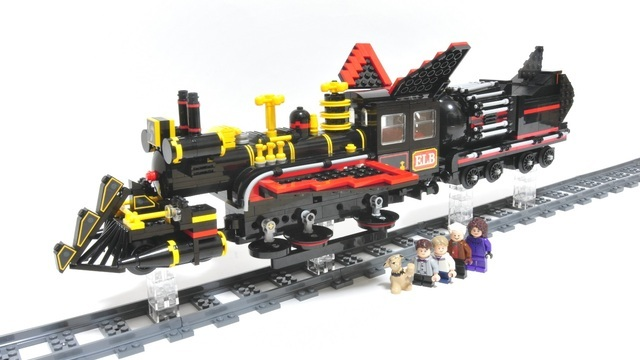 Team BTTF has done it again over on CUUSOO, with this fully achieved entry based on the time travelling hover train from the final moments of Back to the Future III. This model and its figures were designed by team member Sakuretsu and I have to admit I’ve liked it since it was originally posted. Certainly not as iconic as the DeLorean, I think it will be a harder sell based on its size and how much more obscure it is within the franchise. It’s always been a favourite of mine in the time travelling genre, but then again I’m a huge fan of The Time Tunnel and yet I don’t think that would be a good idea for a LEGO set. If this set does get produced (and I think it has a far better chance then the PF UCS version) I would certainly consider getting it, but it isn’t a sure thing for me like the DeLorean or Ecto-1 set and wouldn’t be considered for permanent display like those two (as soon as I find just the right display cases… and get the Ecto-1). I find the look on the Verne fig’s face is funny, considering what he’s become known for over the years.

Good luck to Team BTTF on the next review and with luck we should hear something about this in the fall.