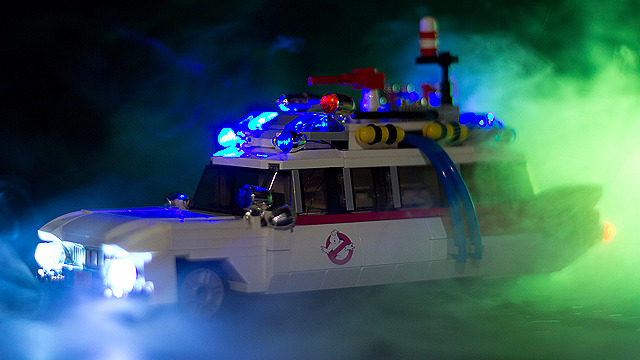 It would seem that the 80’s are alive and well on CUUSOO and another classic property has achieved status due to a pre-existing niche fan base. Brent Waller’s Ghostbuster’s 30th Anniversary reached 10,000 votes last evening and you might remember that name from his Tumbler that achieved support back in May and still awaits review.

With the Back To The Future set successfully being produced, I’m sure that there is more hope for other licensed properties to go into production as well. If this set does get made, I would gladly grab an Ecto-1 and the gang to keep my DeLorean company, but I think the firehouse is another pipe dream that doesn’t jive with CUUSOO’s established set size. As seems to be the case with CUUSOO, there is another Ghostbuster idea coming up fast behind this one and has a chance of achieving status long before Brent’s gets into review. For the record IF this does end up being produced, I want a Knight Industries Two Thousand and an ’83 GMC Vandura in black and grey, so make it happen CUUSOO.