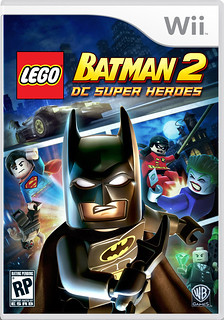 Been a bit negligent on posting lately, let a lot of stuff slide by and that probably won’t change anytime soon, but Batman really doesn’t deserve that type of treatment. It’s easy for him to get lost in all the Avengers hype right now, so here’s a bit of a Bat-news roundup.

The LEGO Batman: Visual Dictionary (LEGO DC Universe Super Heroes) book from DK Publishing is now available for pre-order and the exclusive minfig that will come with it has been revealed to be Electro Suit Batman from the upcoming video game. I didn’t think there were enough sets and such to fill a book yet, but based on the images like the one below and the fig, I’m in.

Speaking of the video game, ComicBookMovie.com did a report on some info in the latest issue of Game Informer Magazine with some interesting new details about the upcoming LEGO Batman 2: DC Super Heroes game. I’ve cobbled together the relevant info and included it after the jump and you can pre-order the book or the game from Amazon by clicking the pics above. 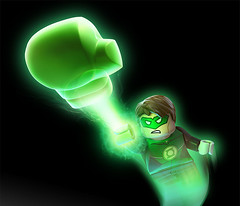 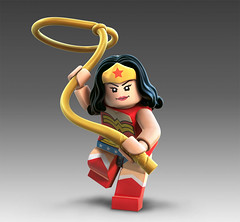 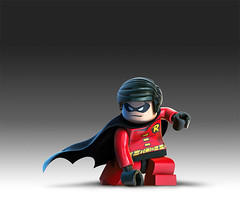 Cyborg appears later in the game, along with new abilities. He can shoot lasers from his eyes, and interact with machinery.

Superman’s entire power set will be available. He can fly, he can lift anything, he can shoot lasers and breath cold. If goons start fighting him, they aren’t doing anything. However, he will have his weakness, as kryptonite is involved in the story. He can also destroy golden LEGO bricks using heat vision.

Flash can dash around the city, and breaks things while doing so. He can zoom through a lamp post, leaving it in tiny LEGO bits. “He’s the ultimate stud collector.” joked producer Phil Ring. In combat, Flash moves at super speeds, LEGO body parts are even seen moving at lightning-speeds during combat.

Aquaman can do more in water than any other character. A still reveals that he can shoot water from his hands.

Green Lantern can fly, covered in and leaving behind some green energy. The Green Lanterns longtime enemy and member Sinestro will even make an appearance. It’s unknown wether Hal Jordan is the only Lantern to appear in-game. However, he is the only one found in story mode. Later in the game, green LEGO covers Gotham. Only Hal can build stuff out of these LEGO types. “He usually makes something crazy or ridiculous,” says Ring.

Wonder Woman can fly here, but don’t expect much from her Lasso of Truth. Sure it can tie up enemies, but they aren’t going to go around telling the truth. “We were wondering what to do with the lasso, but it just winded two enemies together. We decided it wouldn’t be able to bend the will of enemies,” says Ring.

Batman and Superman don’t trust each other. Fact. “We explore that stuff, but in ways people haven’t seen before,” says Ring. Batman will indeed make snide remarks to the Man of Steel, but will also get some new suits to swap to. The bomb suit now gives Batman super-strength, along with an endless supply of bombs. Not to mention being able to shoot rockets. He can even smash the ground and send henchmen flying. Bats also gets an upgrade and homage to the famous ‘Arkham’ series with the stealth suit for silent takedowns and an X-ray mode. 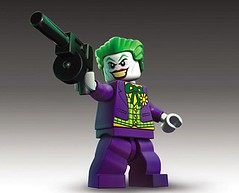 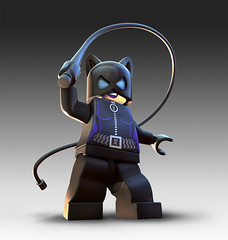 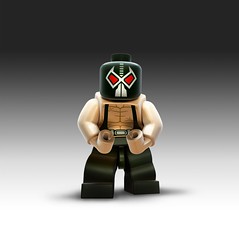 I already plunked down my deposit on the game to get my exclusive Lex fig, so at least the book will be a cheap way to get the Batman exclusive… and it’s a way better fig than the new Harry Potter one to be sure.