That’s either some secret Imperial code or the spread of Alphabet Fighters built for the contest, ordered by submission date. Possibly both. Incredible turnout for this challenge – piles of great entries and some real creativity everywhere – now is the time to pick your favorites so head to the forum and cast your vote! 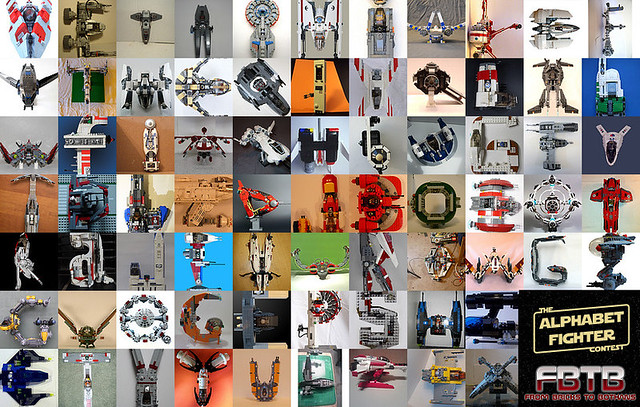 This contest brought to you by every letter but N, because not a single member decided to build an N-wing fighter. Sure, you could knock one of the three Z-wings on their nose and call it a day, but that’s just adding insult to injury. The most popular choice among builders was E, with eight total variants, better than ten percent of the pool.