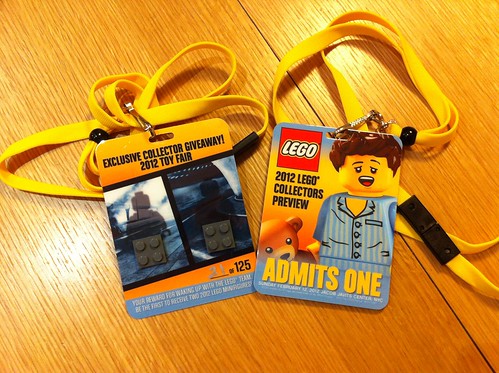 I just received FBTB’s official Toy Fair invitations which doubles as our badges which triples as a teaser for our exclusive minifigs. The wording makes me believe, however, that our “exclusive” minifigs will later be available to the general public through a normal set since the tag line says, “be the first to receive two 2012 LEGO minifigures!”. No idea if there will be any other premiums but we’ll keep you posted.

Don “Solo” Reitz and I will be attending the collector event this Sunday February 12th. Watch this space and our flickr stream for our full event coverage.