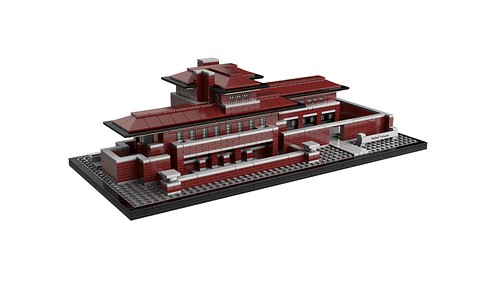 Just a reminder that tomorrow Saturday August 27, 2011, there will be a “release party”, and I use that term loosely, held at the actual Robie House that Frank Lloyd Wright built. Of course, this only matters to people living in the Chicago area but if you’re one of those people and want to be one of the first to own what is for sure going to be the next gold standard for Architecture sets, you can pick one up between the hours of 10am to 4pm. Adam Reed Tucker will be on hand to talk about the set and possibly sign his autograph. Museum members can purchase the set for $179.99, saving 10% off of MSRP. Non-member price is $199.99 The Robie House is located at 5757 S. Woodlawn Ave Chicago, IL 60637.

If you don’t plan on going, the official on sale date for the set is September 1. We’ll announce its availability here if it’s any sooner.