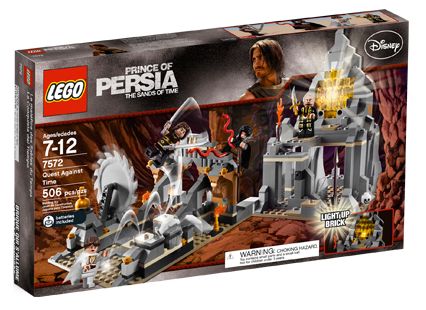 FBTB’s first parts draft a month ago was a great success, and our plan is to continue as long as people want to participate. We learned some valuable lessons the first time around; with some minor tweaks we’re confident future drafts will run even faster and smoother than the first- which already exceeded our expectations!

So what are we drafting this time? It’s another PoP set picked up on clearance, this time 75% off: 10 copies of Prince of Persia 7572 Quest Against Time!

Check out Flickr user dita svelte’s gallery here to get an idea of what’s in the set, or see Bricklink’s inventory here.

Parts Draft: Numero Dos! will be open for participant registration tomorrow, Friday February 18th. Sometime tomorrow I will unlock the topic and the first 10 European forum members (who joined before February 17th) who post in the thread will be our potential participants who will be confirmed for the draft when the $35USD ($15USD set and $20USD postage and handling) draft fee is received within 24 hours. Who am I considering European? If you fall within the GMT, CET, and EET time zones as seen here.

Comments? We have a general discussion topic for all past present and future drafts, but keep your eyes on THIS TOPIC HERE tomorrow for your chance to join our second FBTB Parts Draft!