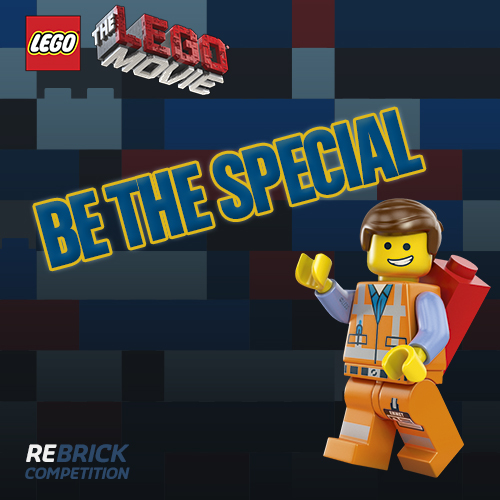 LEGO’s own social site, ReBrick, is hosting an alternate model building competition titled “Be The Special” in the spirit of The LEGO Move. Just take any official LEGO set and build an alternate model. Submit your entry by 8:59am EST March 31, 2014, get the most number of votes, and you can win a “limited edition gold-colored Emmet statuette, not available in retail and only available though official LEGO competitions”. The other prizes for first include an exclusive LEGO Movie PR tin containing nine LEGO Minifigures and a LARGE LEGO Movie Set not yet officially revealed, signed by the designer. You can check out the “Be The Special” contest page for rules and more details on prize packages.