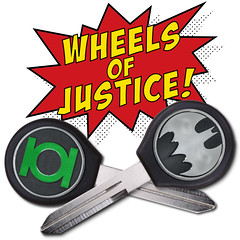 Our Wheels of Justice contest concluded over the weekend and we finally have some winners.

For the Batmobile category, congratulations and the San Diego Comic Con Batman promo minifig goes to:

sparkart and his Electric BATWinG! I fell in love with this thing the second I saw it. It had me at dedicated 400hp electric motor per wheel. sparkart was also kind enough to share the LEGO Digital Designer file in which you can use to either build the buggy yourself or order the set directly from Design byME. The Design byME set will run you $50.93 if you’re so interested.

And for the GreenLanternmobile category, the minifig goes to… 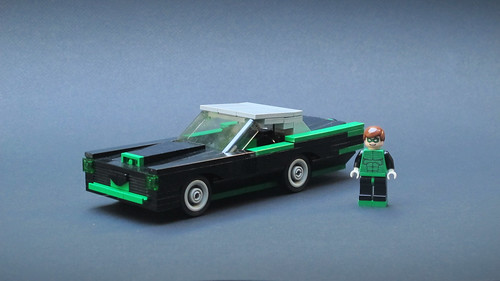 CarsonHart and his Lantern 9000! For his troubles he will receive the San Diego Comic Con Green Lantern promo fig. It’s a bit of a rare fig since the LEGO Super Heroes line won’t be making any Green Lantern sets (for 2012 at least). Also, it’s based on the movie version of the Green Lantern. His design is quite reminiscent of the Green Hornet’s Black Beauty. It’s impressive to see a well-designed classic car be just as compelling as any sleek sci-fi roadster.

Congratulations to both of you!