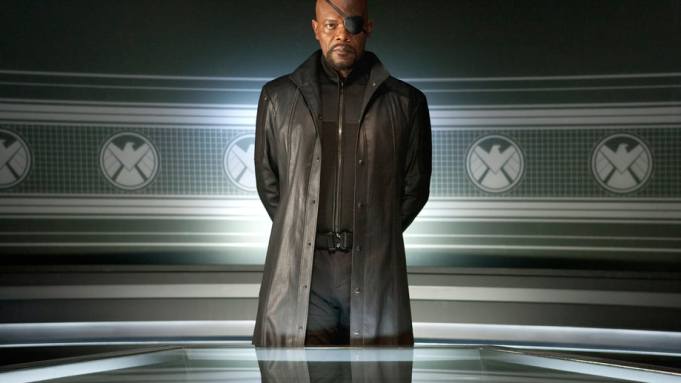 I remember sitting in the theater during Iron Man with a friend, and watching the stinger at the end that revealed Samuel L. Jackson as Nick Fury, and effectively redefined the modern blockbuster. Iron Man was seen as a shot-in-the-dark movie at the time, and while the original still stands as the best, in large part to the perfect casting of Robert Downey Jr. as Tony Stark… it was Nick Fury coming out at the end that made the Marvel Cinematic Universe a thing.

Variety reports that he’s tapped for the new series, but details are sparse past that. We do know, thanks to Spider-Man: Far From Home*, that Fury is currently cruising around Outer Space with the Skrulls, doing whatever it is that Nick Fury does. We don’t know for how long (though we can assume it was post-Civil War, probably post-Age of Ultron), or what he was up two (likely founding S.W.O.R.D.).

For those keeping score at home… this now makes for something like the fifty-third (or 8th) show announced, and thus far, exactly none of them have come out. WandaVision will be showing up in December, but that’s the only one with anything even coming close to a release date. Look, Disney+, you already have my money… you don’t need to keep sweetening the pot. Just put something out!

*Interesting trivia fact… Tom Holland was a couple thousand miles from his home where Spider-Man homecoming was filmed, and a few miles from it in Spider-Man Far From Home.