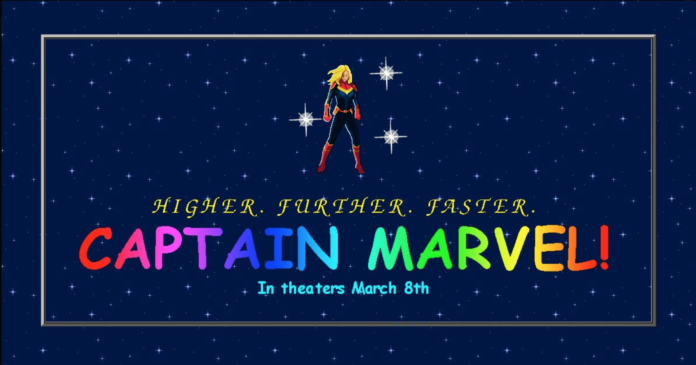 So, my (not even a little bit) secret identity by day is that of a web developer that’s specialized in UX and UI stuff. I do architecture work on big web applications and have many,Â many, years working on web stuff. In truth, I’ve been doing stuff like this about as long as there has been an internet available. I had a “personal” website on my first ISP back in 1995, rocking some 14.4k dialup and a UI layout that would make your eyes vomit today.

That’s why seeing what Marvel did for Captain Marvel, releasing a website for the upcoming Captain Marvel that plays into nearly everything that was glorious and wrong with the 90s web “design.” The only thing that’s really missing from it is a GeoCities logo and browser logos for Netscape Navigator.

I mean… I would have to try really hard to make something so outstandingly ugly at this point, but it gives me a nice walk down memory lane while at the same time so glad we aren’t there anymore.

I cannot wait for this movie to hit theaters in less than a month, on March 8th.