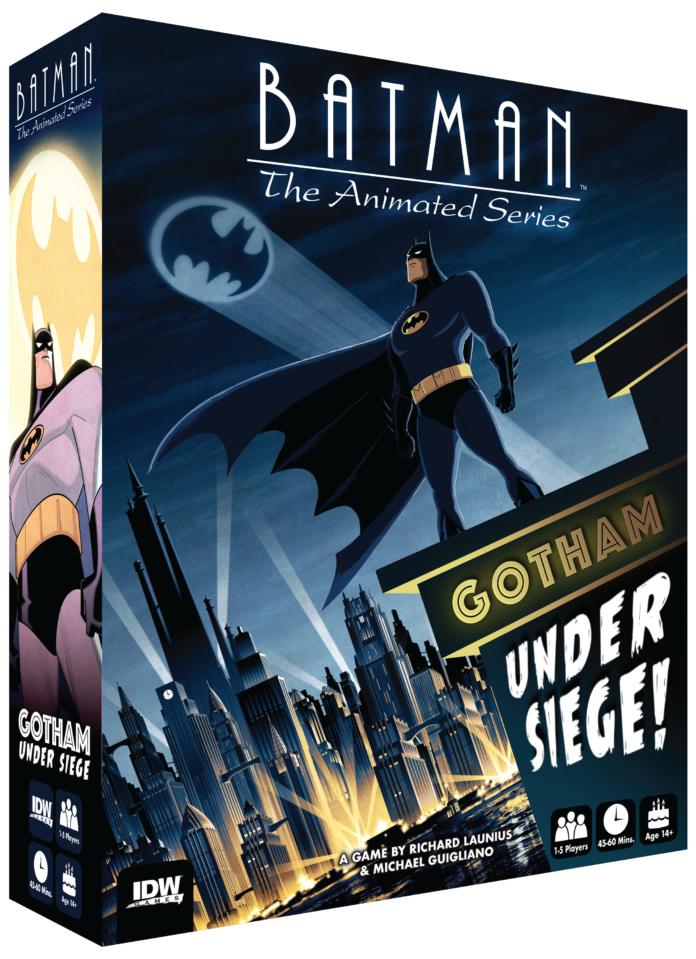 I’m a bit of a Batman: The Animated Series, or BTAS for brevity, fan. It helped me through a difficult time in my life, transporting me away from reality into the dark and gritty art deco world of Gotham. I’ll spin up the DVDs every now and then and try and get my kids to watch with me, but they may be a tad young to really appreciate the story telling and art direction. So when I came across this blog post from IDW Games for Batman: The Animated Series – Gotham Under Siege, I was ecstatic. From the blog post:

“Batman: The Animated Series â€“ Gotham Under Siege puts players in the role of Gothamâ€™s heroes as they use dice allocation and threat management to defend the city against henchmen and bosses, and fight to save the city from being destroyed.”

This summer Gotham is under siege… pic.twitter.com/F3dzbbea5w

And from the sounds of it, they’ll be releasing expansion packs too!

I’m not a big board gamer. It’s something I want to start doing more of with the kids and family as good, wholesome, family fun. It’s one thing play video games with other people, but it’s a whole other experience when you go analog and face each other huddled over a board game. I know that world is just huge and my foray into that space is going to be a slow, timid affair. I have the basic Monopoly, chess, and checkers, but as the kids get older, I’ll be looking for more stuff to play with them. Once Gotham Under Siege comes out, I’ll be banking it until the littlest one can play on his own even though you can play by yourself (when did board games start having single-player campaigns?). And maybe by then, they’ll have watched the series and appreciate what the game is about.

I also bought Gloomhaven on a caffeine-fueled impulse purchase. If I end up covering that, I may have to start a new category.